Discover more about the team at Blackwater Farm Cornwall. We work hard to make your plans come to fruition in a unique Cornish setting.

The Evans family moved to Blackwater Farm in 2013 bringing to reality a lifelong dream of moving to the countryside following Lisa’s long teaching career and ten years as a Head of school in Plymouth. The couple quickly set to work breathing life back into the tired and unloved nine acre farm. The main farm buildings developed into a home, the stables reroofed ready for livery, solar panels installed and fencing and abandoned barns cleared and renewed…and that is just the beginning. 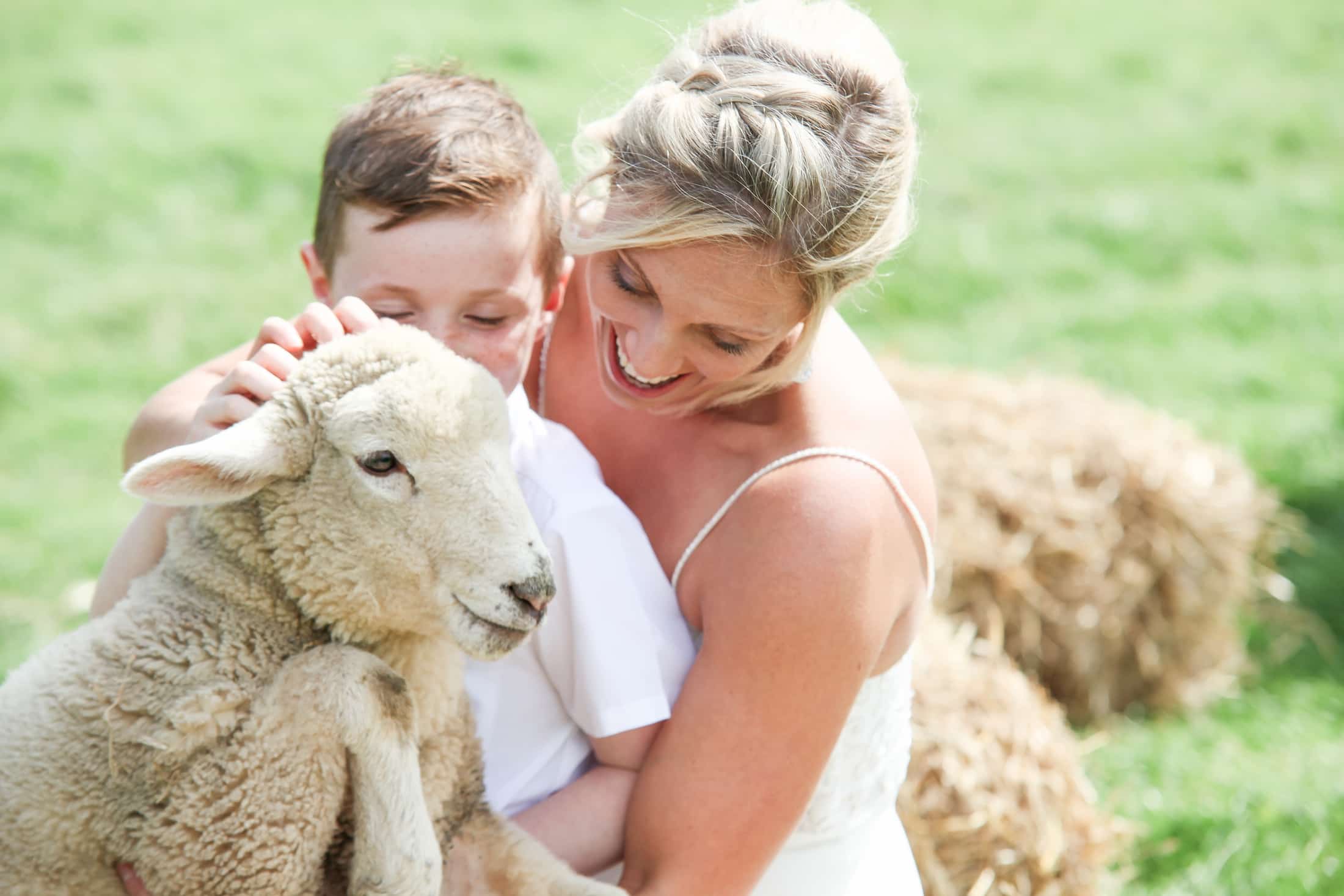 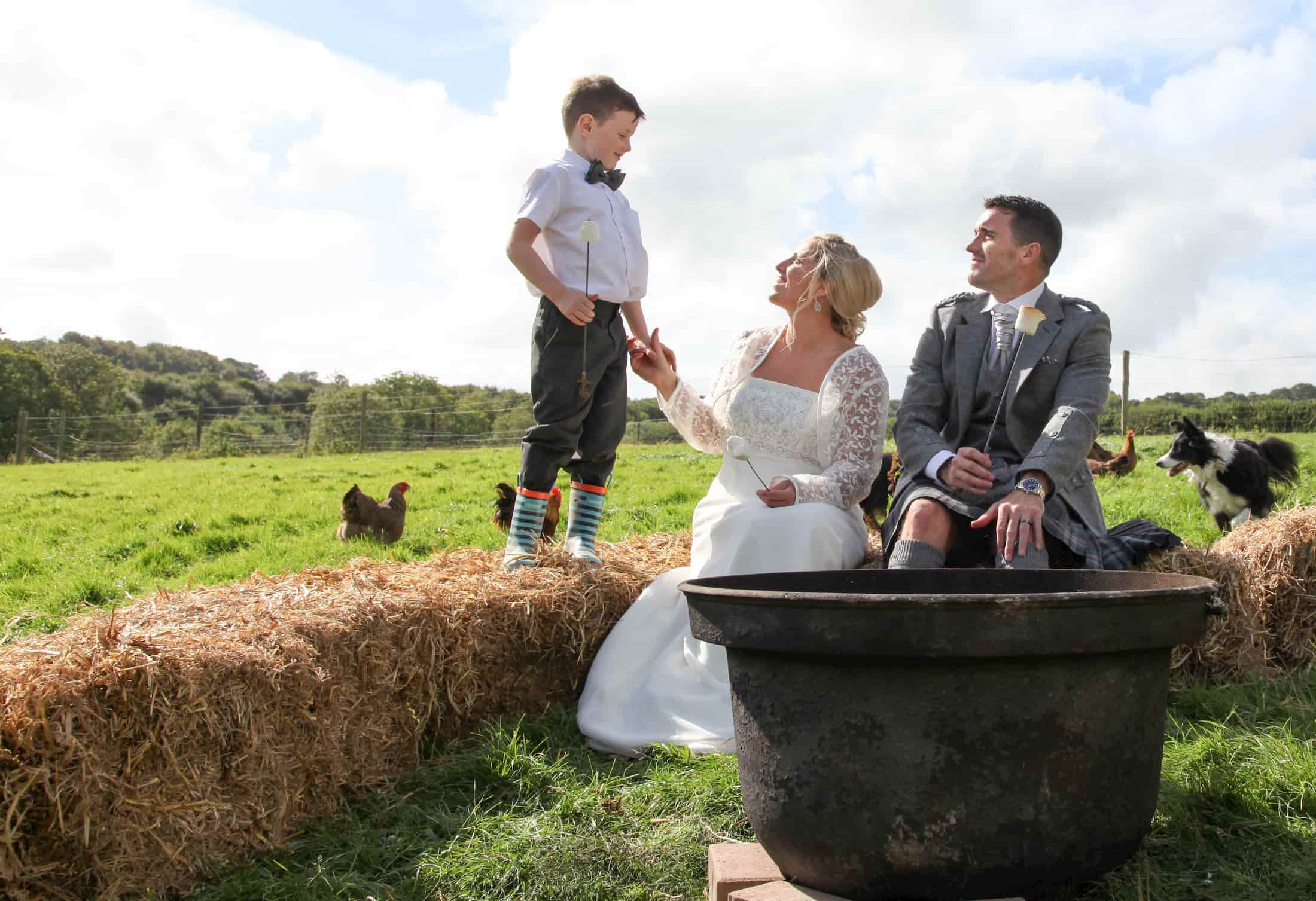 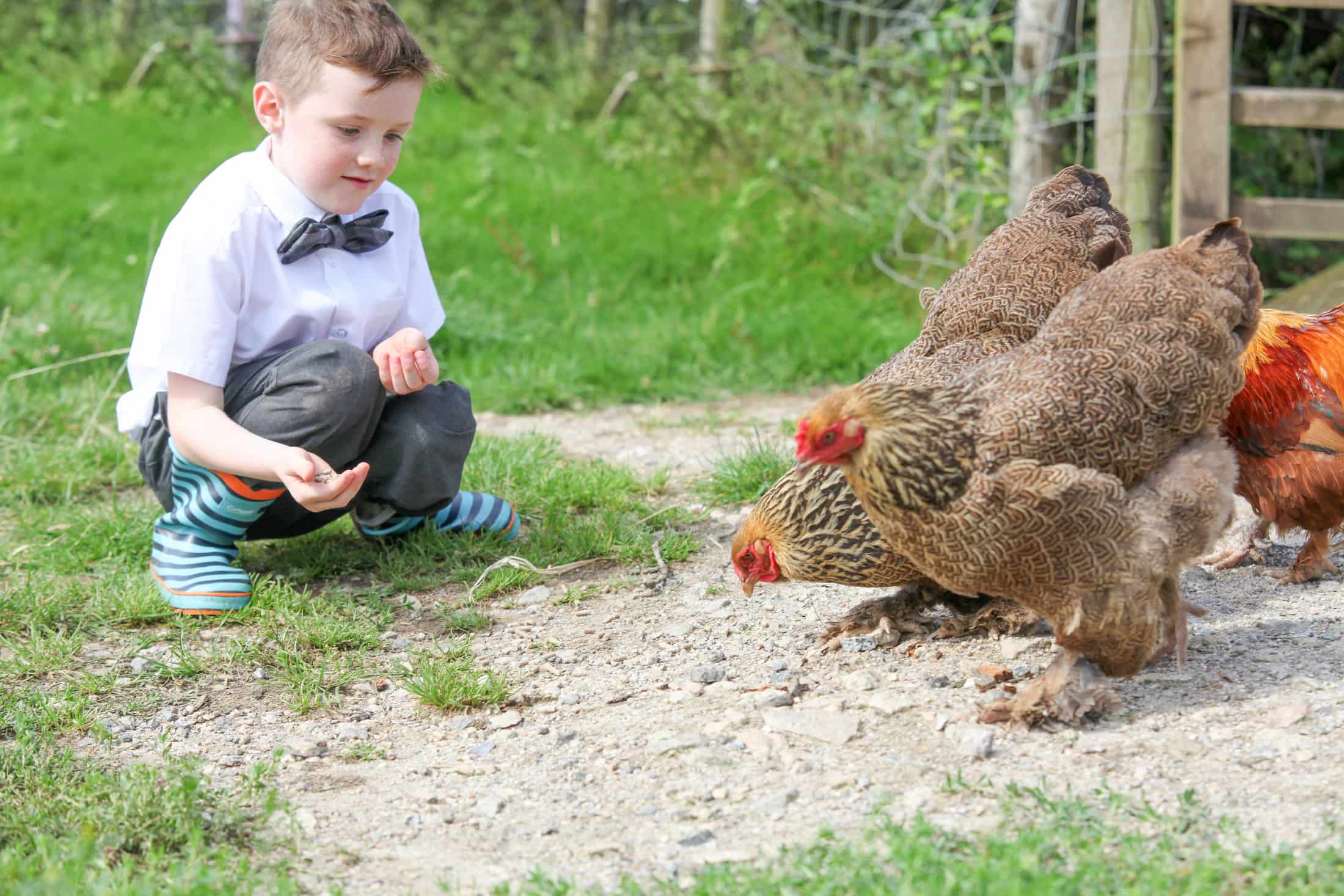 About the Team at Blackwater Farm

The family blame Dick and Angel Strawbridge for the creation of the Wedding Venue. They are creating an ‘Escape to the Cornish Farm, wedding venue’ inspired by the Strawbridge’s amazing and fearless creativity. Philip, as an ex Naval Artificer, and Lisa, as a trained sculptor with an MA in Leadership and management, started to develop the farm to share with visitors. Philip’s engineering background and inability to say no to Lisa's creative ideas, have lead the couple further and further into the smallholders abyss of farm development projects and there is never a dull moment at Blackwater Farm.

Lisa, who also holds a distinction in Zoo Animal Management, and once worked with Jaguars and Coati Mundi’s in the Zoo world wanted to create a mixed farm setting to share with anyone who loves British farm animals. Blackwater Farm’s nine acre site began with chickens, ducks, three Border collies and a cat called Chase. As the grass grew up to their waists Lisa and Philip realised they needed something to eat it. So Geoff, a local sheep farmer and knowledgeable friend  delivered Dotty and Mow, two orphaned lambs, in a large yellow bucket; and not knowing at the time that farmers often take the third lamb of triplets away to strengthen the two left, the flock rapidly became twenty. Mollie the Border Collie finally had something real to round up. Much loved and well-handled each ewe is given a name and they have become super cuddly.

They then dabbled in Livery, not for the feint hearted! And the result of providing stable space for a pair of shires was the foal ‘Talland’ a stunning pedigree, bay shire who was hand reared as he was too tall to feed from his mother. Talland could not be parted with when the livery ended and he needed a friend, so they collected a Jenny called ‘Merrylegs’ from Derby - as you do! Talland adored his new friend, but Merrylegs had been reared with cows and needed to know how to be a donkey, so Alfie the Jack arrived from another local farmer. Having been reliably informed that donkeys are difficult to breed, the arrival of foal ‘Romeo’ was a surprise and foal ‘Julius’ a year later, careless! They are however a much loved family of donkeys and will now happily live out their possible 50 year life span, on the farm, being cuddled by visitors – but they’ve made sure there will be no more foals!

Philip also brought home what he thought were the ugliest pigs he could find, with the intention of rearing them for meat. Having reared them, Lisa fell in love with Smokey the enormous Tamworth Boar and Kelly the pedigree Cornish Black and they became the permanent breeding pair at the farm.

They do not use pesticides or any chemicals on their fields and only use the animal’s natural fertilizer, rotating to different pasture regularly. The annual hay harvested for winter feed can also be your fire pit seating for a more rustic look. The site can be dressed to be super classy, shabby chic, rustic or steam punk depending on your preferences. Lisa and Philip will enjoy the challenge of setting the scene. They are also keen to restore and repurpose as much as possible and almost everything on site has been purchased from farm auctions or are genuine restored Blackwater Farm items. Your Wedding will be as ecologically sound as they can possibly make it.

In 2017, Lisa and Philip had a chance encounter with some abandoned buildings on the old Dobwalls Adventure Park site. Having both visited as children and remembering the joy of the Forest railway, they made enquires. The owners kindly allowed them to reclaim two of the buildings plank by plank, hours before the bulldozers cleared the site including the Old Booking Office and parts of the original railway. Those of you who have visited Dobwalls Adventure Park in the past, might recognise the railing which now makes the stage balustrade in the Garden Wedding Room, as part of the Dobwalls mock street. It was a dream of Lisa’s father Michael Reburn, that the Dobwalls Railway will once again run with the ‘Reburn Locomotive’, around the pond at Blackwater Farm, two miles away from its original site...another exciting project planned for the future!

Managing a mixed use smallholding and producing their own vegetables, lamb and pork has become a passion for Lisa and Philip and with the help of the extended family, the site has been considerably developed to allow visitors to enjoy the more relaxed life of a working farm. The animals are as much a part of the team as the humans and the skills across the family and friends linked to Blackwater Farm, ensure that your dreams can come true on this site. They are not satisfied unless you are happy with every detail of your Wedding Day. The site is fully  licensed for Weddings in the Garden Wedding Room with a large marquee for your wedding breakfast and up to 150 guests.

If you love the countryside and Farm animals you have found your perfect venue for 'love naturally' and we look forward to hearing from you soon.